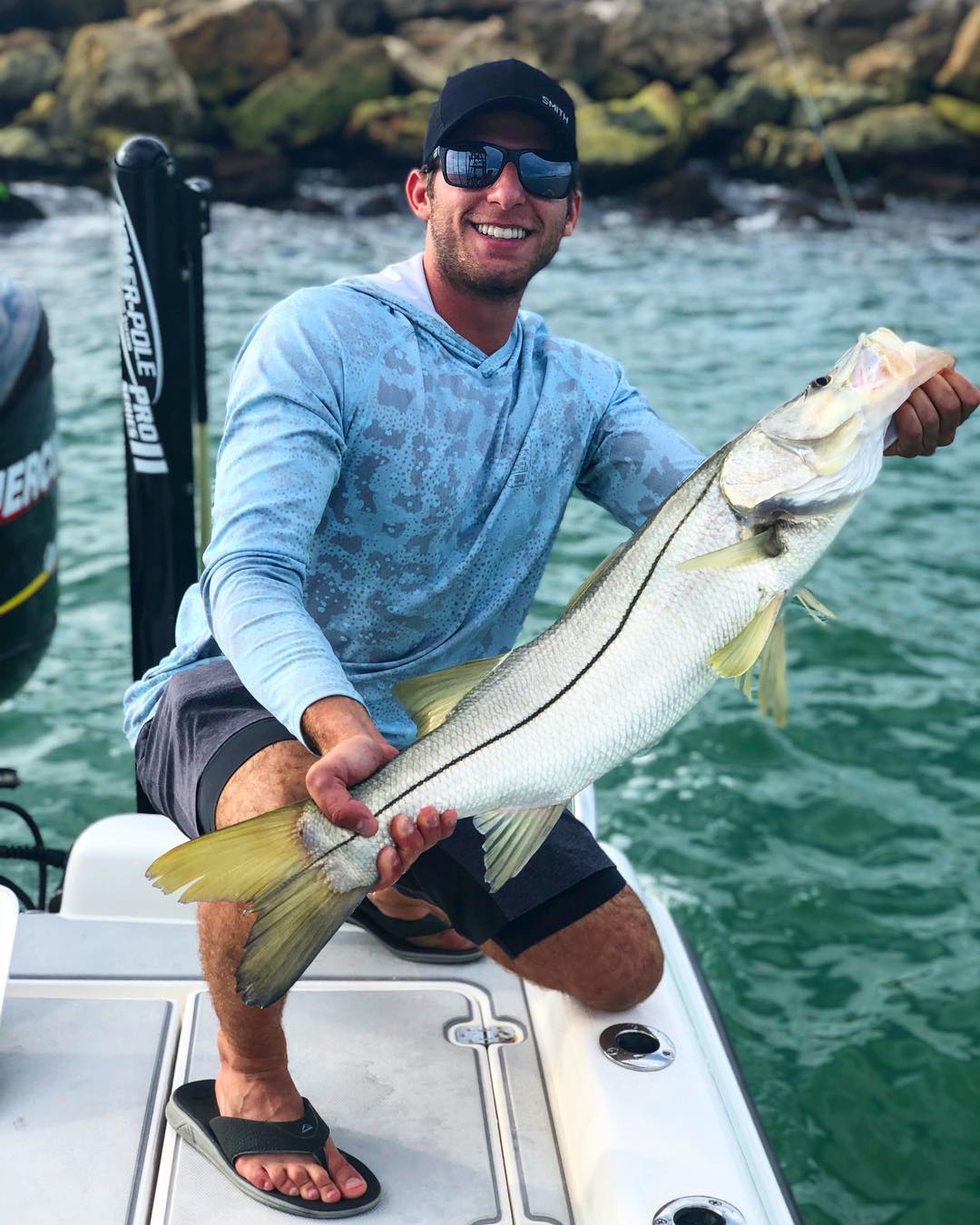 Are you looking to catch a sought-after fight-oriented game fish Tampa Bay waters right now? If so, then you’ll be happy fishing for Snook that are delicious to eat and enjoyable to catch, but do come with strict limits on catch and closures. The Snook are in season at the moment, so make sure to book an adventure fishing trip!

Saltwater Snook is a fish species belonging to the family of Centropomidae. Snook are the only fish belonging to the Centropomidae family. There are 12 species that are recognized Five of them are found on U.S. waters. They differ in their overall dimensions as well as the dimensions that their scales are. The most important snook for anglers is the biggest species of the family known as Common Snook. Common Snook (Centropomus undecimalis) that is sometimes referred to for its genus Robalo as well as the Sergeant Fish.

“Snook can grow as big as 44 pounds. They eat on tiny shrimp, small fish and occasionally crabs. Snook are protandric hemaphrodites. they all start out as males and then develop into females between the ages of 1 and 7 years old. Snook are distinguished by their black lateral line, and gorgeous yellow-colored fins. When handling snook, make sure to grasp them by the mouth. Their Gill covers are razor-sharp and could cause serious injuries.”.

The different types of Snook

FishBase includes pictures from twelve species of Snook five of which are found within Florida waters:

Snook is a saltwater species that is tolerant of a broad variety of salinities. Snook typically travel to brackish estuaries, and sometimes venture deep into freshwater. Snook are often found in bays that are usually within structures or on beaches with shallow water however, they are most common in the southern part of Florida. In the summer, when they are spawning, snook crowd together in large groups to reproduce in deep inlets and passes.

Snook are known to enjoy hanging out at docks and bridges, sea walls, and jetties. These are places that are accessible via boat and by feet. Inlets and passes, specifically John’s Pass and Clearwater Pass where there is a steady flowing water flow. Snook are rarely seen in waters which are deeper that 60 feet. In May, and in June among the best months for fishing along the Gulf Coast, and fishing in the evening is the best time to fish for large fishnot only during the maximum of a full moon.

The meat of Snook is white and has moderate firmness. Not the same as trout,, but not as tough as swordfish. It’s recommended to remove out the skin. This is why it’s dubbed”the soapfish. Take the fillet off and remove the skin. sprinkle on some seasonings or marinade, place it in the fridge and then you’re done.

Call Captain Jack today to set up a time to be out on the water to catch this delicious fish before he’s all booked.

Don’t wait, book your charter today and join the clients who have already been Hooked For Life!

Don’t wait, book your charter today and join the clients who have already been Hooked For Life!